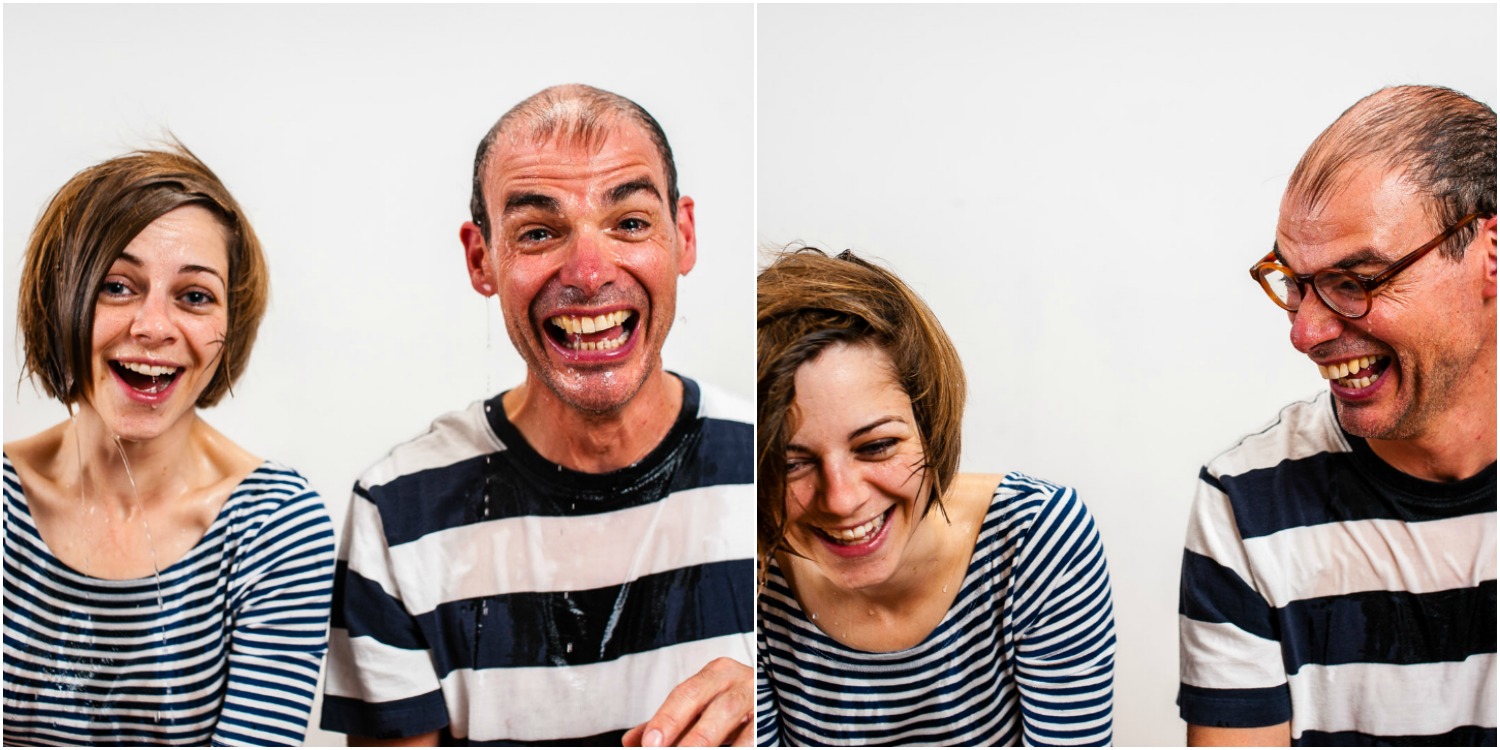 The second art event of our 2016-2017 season is a show by THUNK!theatre. THUNK!theatre is an ongoing collaboration between creators Karen Balcome and Geoff McBride. In the past three years, THUNK! has created theatrical productions that explore the boundaries of performance and audience interaction. This practice began with bread, a participatory piece first produced in 2013 at Ottawa’s undercurrents festival, where audience members made bread as a part of the performance. Other thoughtful, playful and dynamic presentations by THUNK! Have included Far & Near & Here at the Fresh Meat Festival 2013 and full-length version at the undercurrents festival 2015, The Lost & Find at subDevision 2015 and the Magnetic North Theatre Festival 2015 (and at the CSArt Ottawa Launch Party this September!), and TOLERANCE or THUNK!theatre Explains Why It Is Important To Be Kind To Every F**king Thing On This Planet at the Fresh Meat Festival 2015.

For CSArt Ottawa, THUNK!theatre is creating a show called 30/50, inspired by the milestone birthdays that the duo had this year: Karen turned 30, and Geoff turned 50. The show aims to be a performance/birthday party hybrid, both scripted and interactive.

I sat down with the THUNKers last week to interview them about their process. Below is an excerpt from our conversation.

M: As you’ve said before, people can look at your work and at first glance find that it looks simple. Why do you think that is?

G: It looks simple but it isn’t. There is a lot of thought and consideration that goes into it. People don’t see us going to the library and taking out books, they don’t see the conversations, the figuring out where we are in our lives (for this project). The bibliography that we develop… I don’t think we ever put that in the programme. We do extensive reading and research.

G: Like The Lost & Find. Figuring out the logistics for that show was quite a brain-knot for us to untie. When you participate in it, it’s really easy. And you want it to be easy for people to be able to make that connection with each other. But coming up with the operational procedure took a long time.

K: It connects to not being prescriptive, especially in the very participatory invitations. How can we find something that is simple but foundational; something that people can access so that they can respond to it in whatever way is appropriate to them. In thinking of bread, we thought about how a recipe for bread is something that crosses cultures and history, and everyone can go into it and have a unique relationship to bread.

M: You’re trying to create an experience for people; what is it that you’ll hope they’ll experience? And with audience members of different tastes, ages and backgrounds, how do you go about crafting a unified experience for an audience?

G: I don’t think we’re trying to provide a unified experience. I think it’s that everyone is going to come away with their own unique story of the night. This was part of bread too, to have someone go to work the next day and have someone ask, “What did you do last night?” “I went to the theatre.” “What did you see?” “I made a loaf of bread.”

K: I was thinking about this recently because I can get overwhelmed by all the different things I do and I wondered what the commonality is between all these things. I think it is creating opportunities for people to connect, and to reflect. If there is a universal in what we do, I would say it’s that. What those connections entail and what those observations are, we want to leave room for that to be unique to each person.

G: For bread, it was important to make the little stickers that said “I Made Bread”–

K: My mom still has her sticker.

G: At some point someone will ask, what you do mean, you made bread? And that story can be told. Hopefully someone’s still walking around with a Lost sticker [from The Lost & Find]. That’s the universality, to keep telling the story.

M: Is your audience participation scary?

G: It’s not scary, it’s terrifying. Put that in Halloween font. [JK]. We always talk about how important it is to take care of our audience. There’s nothing worse than making fun of your audience. It makes me so angry. That’s the nice thing about being older. As a young theatre maker I would put up with that as an audience member, now I would just get angry. If you want to play with the audience, you have to give them rules and be nice.

K: Making people aware of the game is important. I think we’ve all been to those shows where it’s an ‘attack the audience’ perspective. Or you may be challenged to do a certain thing, like a dare, but it’s not always an experience that will stay with you. I always think about choice and agency. We try to give our audience opportunities to make a choice. We’re not imposing a way to participate on them, but we’re setting up a game where we make the rules, but then they can choose how they want to participate. And we deal with the consequences of that.

G: We talk about the range: the fearful participants and the excited participants. We try to plan for all different kinds of people.

K: It’s the question of all the different things people bring to a perfomance. You can’t prepare for everyone, but you can plan for as wide a variety of experience as possible. I’ve been thinking about that a lot lately, if you plan too much for one kind of audience, maybe you’re not being open. We try to plan for a spectrum of people.

M: 30/50 is based on the milestone birthdays that you both have this year. What is it about that experience that prompted you to share it with an audience?

G: You were the one who sorta…

G: It’s all Karen’s fault. I’m sort of oblivious when it comes to birthdays, remembering the dates and stuff.

K: Last year on our birthdays it occurred to me that we are 20 years apart, and our birthdays are close together. So we’ve been exploring the differences and connections between us, and between our milestone birthdays.

G: It was fun to explore what is similar and what is different in our generations. I come from the generation that doesn’t trust anyone and is predisposed to think we’re all doomed. And Karen’s and your generation seems to have more hope. It’s interesting working together, I’m always like “Oh fuck, this’ll never work,” and Karen’s like, “C’mon, we can do it!” I’m playing Eeyore.

K: And I feel like once you get going you have so much more energy and drive things forward.

K: It’s been fun to explore and play with the structures and motifs of birthdays. There’s something universal about birthdays, they’re acknowledged in different ways in different cultures, but it’s not something people don’t have an opinion about. People either love their birthdays or hate them.

G: And we also have to acknowledge the privilege to even have a birthday. I just read a book about an Afghan child, a refugee who doesn’t know when his birthday is. He had to be assigned a birthday. When he talks about what age he was when certain events happened, it’s not wistful, it’s like ‘I could have been 10, I could have been 11…’

K: We were talking about what is radical about birthdays. It’s a marker of time. In a way we often don’t get because our lives are moving so fast. It’s an opportunity to stop time and reflect.

M: I wonder if I should clarify here your working relationship. People have asked if you’re a couple.

M: Do you often play with the differences between you? Or is it that you’re similar, and that’s what drives your collaboration?

G: When I was first conceiving bread I knew I would need someone’s help to do it, and I knew I needed non-cynical, community-minded energy, and Karen was who I thought of. We did a Viewpoints workshop together, and the Theatre Replacement workshop together, but we didn’t work together–

K: No we did! We did one piece together. We were asked to work together.

G: Right. And then there was the Missoula Oblongata workshop, and I thought, “Oh! I like this brain.” It was at a time when I was trying to re-boot myself, and to me, Karen had what I lacked. For what I was interested in trying.

K: When we met each other we were at a similar place, though with very different experiences. We had both come back to Ottawa and were looking for collaborators, looking to start an artistic practice. Though we came from different experiences, it was a good time to come together.

G: I remember I ran into Emily Pearlman [fellow theatre-maker] once and she said, “Oh, I saw your Art Wife the other day.” And that kind of took me aback but that’s what it is. We’re Art Partners.