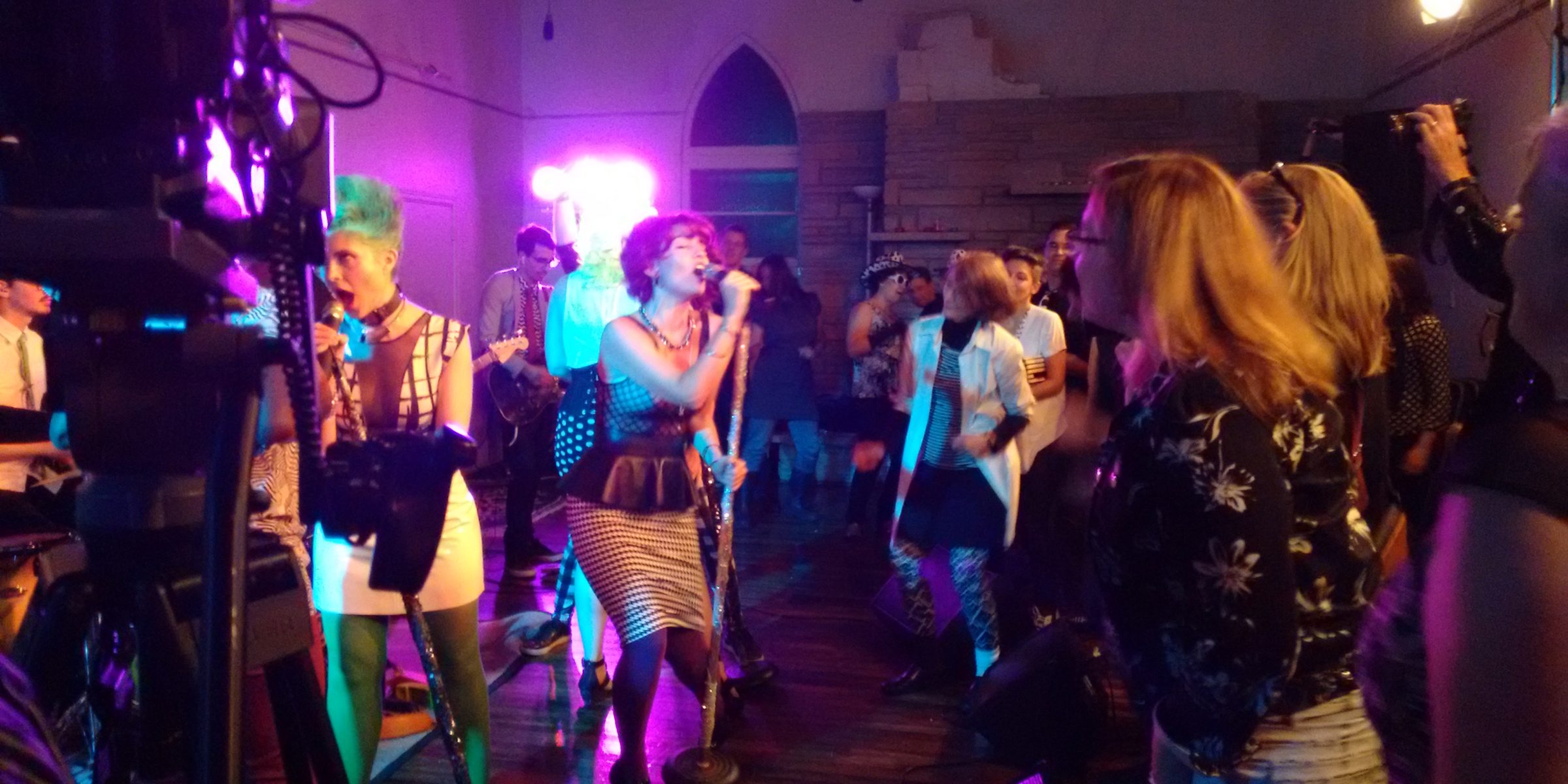 Our very first season event, Oblivious Humans by The PepTides, was a screaming success!

As soon as subscribers entered the venue they were in the midst of The PepTides Museum, featuring curated memorabilia from past PepTides work and surprise augmented reality animations hidden throughout using the Aurasma app. Subscribers scanned the museum with phones and iPads searching for hidden QR codes, which made museum items come to life. Check out the videos on our Facebook page to see an example and get a backstage peek at the set-up. 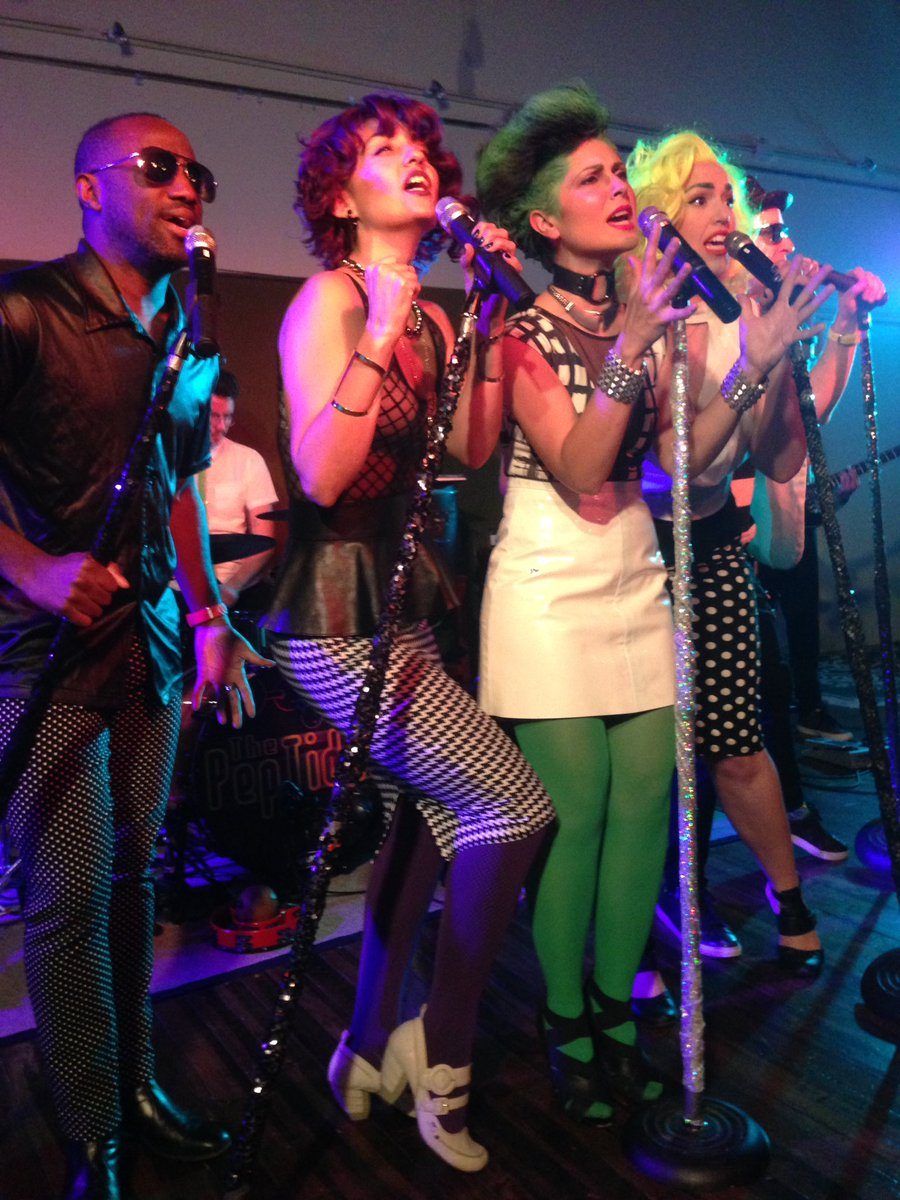 Then The PepTides took subscribers through a 3-part journey through their work, past and present. Act I: Hate – songs from the album ‘For Those Who Hate Human Interaction’. Act II: Love and Revenge – songs from the albums ‘Love Question Mark’ and ‘Revenge of the Vinyl Cafe’.  And Act III: The PepTides EP – where subscribers got rid of their seats and danced their hearts out to the brand new PepTides album.

With CSArt, The PepTides had full range to explore all the themes of their work. The 9-piece band are always a good time, but it’s their dazzling mix of doom and danceability that makes it compelling art. The PepTides are a feast for the senses, arresting visually and sonically. They mix pop grooves with subversive lyrics covering everything from pharmaceuticals to polyamory to the daily treadmill. From high-tempo rhapsodies to incredible ballads, Saturday night was a wild ride. 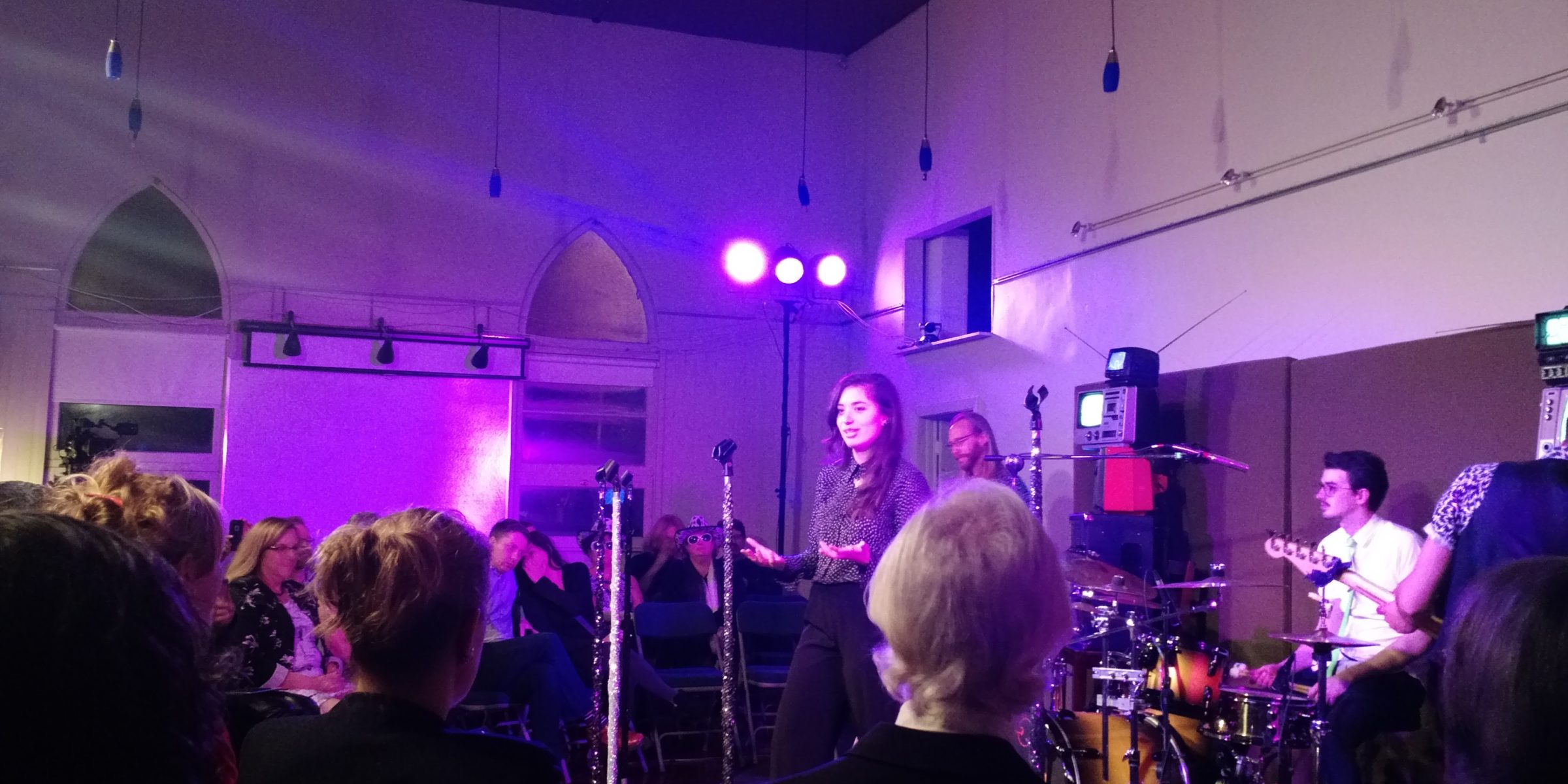 Thank you to Gallery Recording Studios and Dean Watson for venue and sound recording, Chris Mullington for film directing, Matt Copeland and Sean Prouse for technical producing, Dylan Lalonde for lighting design, every single last PepTide for being a bright shining singing shimmying ball of talent, Beau’s Brewing for sponsoring, and volunteers Gabbie Lazarovitz, Megan Irving, and Levi Karpa for doing everything else.

Oh, and thanks to our subscribers, for making all of this possible!

Missed out on this one? Keep an eye out for upcoming PepTides videos filmed at our concert! We are super proud that CSArt could help these genius artists live film their fantastic performance. This is what we’re all about: having a good time, supporting artists, and bringing more art to our community.

See you at THUNK! Theatre’s performance next month, subscribers!